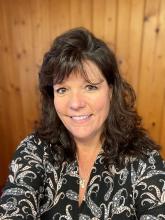 Lara Kiefer is the new Executive Director of the Wayne County Children’s Advocacy Center.  Lara received her business degree from Malone University in Organizational Management. She started her career at Legal Aid for 9 years, and then was the Associate Director at One-Eighty, formerly STEPS and Every Woman’s House in Wooster.  Most recently, Lara was the Executive Director of the American Red Cross of Wayne, Holmes, Ashland, Richland, Huron, Erie and Lorain Counties.  She is married to Joe, who is a Lieutenant at the Wooster Fire Dept. and together they have 5 children. 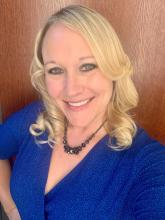 McKenna Bowman started in July 2020 as the Coordinator of Case Management/Victim Advocate at the Wayne County Children’s Advocacy Center. McKenna has her Bachelor's degree from Kent State University in Human Development and Family Studies with a concentration in Family Life Education.  McKenna has experience working at several Children Service’s agencies. McKenna was an Intake Caseworker at Wayne County Children Services for 5 years prior to working at the WCCAC. McKenna has extensive training in domestic violence, substance use, human trafficking, child abuse and neglect and child sexual abuse. McKenna is also a trained Forensic Interviewer. McKenna continues to follow her passion to advocate for children and families.

Mary Anne Belanger received her Nursing education at LeMoyne College/St. Joseph Hospital School of Nursing in Syracuse, NY. She worked in the ICU of Upstate Medical Center for 13 years before moving to Wooster, OH in 1982. She was employed in the Emergency Department at Wooster Hospital for 25 years. In 1998, Mary Anne broadened her education to include the field of Forensic Nursing, and became a Sexual Assault Nurse Examiner whose clinical area of practice was adults and adolescents who were sexually assaulted. She became nationally certified in this area by the International Association of Forensic Nurses. Mary Anne is responsible for setting up the SANE Program at Wooster Hospital as well as starting the Wayne County Sexual Assault Response Team. In 2001 she was awarded the Citizen of the Year for this accomplishment. In 2001, Mary Anne broadened her expertise to the clinical area of sexually assaulted/abused pediatric patients. She received her IAFN Certification for Pediatrics in 2013. She started working at the Wayne County CAC when it opened in 2004. To date, she has conducted nearly 600 medical Forensic exams, and has testified multiple times as an Expert Witness in Common Pleas Court, Municipal Court as well as Juvenile Court in Wayne, Medina, Holmes and Stark Counties. In 2016, she received the Wayne County CSB Advocate of the Year award. 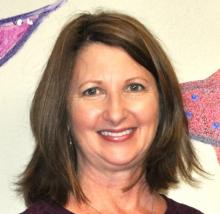 Chris Hawkins was born and raised in Wooster. She is a middle child of 7 & grew up on a dairy farm. She married her High School sweetheart Steve after college. Chris graduated from Triway HS and Akron University College Of Nursing with a Bachelors degree. She has 2 daughters who are both married and has 8 grandchildren. Chris spent her entire Nursing career at WCH and still works there as a PRN in Cardiac Rehab. She started her SANE career at WCH from 1999-2017 where she worked with the adult population. Chris is currently one of the SANE pediatric nurses at the CAC & has been since 2007. She is a member of Grace Church in Wooster & plans to travel to Europe, Africa, and around the USA.

Jill Keller was born and raised in Wooster, Ohio and has 2 sons and a lovely husband. Her passion is to work with families and children that have experienced traumas in their life and to help them heal. Jill has a BA in Psychology, a MSSA in Social Work, and licensed with an LSW. She believes that the key to rebuilding after trauma is relationships and she brings this belief to every client she works with.